Nokia held on to top spot, shipping 117.5 million devices, however, its market share slipped to 28.2% in Q3, down from 36.7% a year earlier (see table 1).
Apple and HTC were the biggest movers. The iPhone maker overtook RIM to become the fourth-largest handset maker in the world after it shipped 13.5 million devices, giving it a market share of 3.2%, up from 2.3% in the year ago quarter. HTC saw its market share rise to 1.6% – shipping 6.5 million phones – from 0.9% in the third quarter of 2009 when it shipped 2.7 million phones.

Of the top five global handset makers, Apple was the only one to grow its market share.
"This is the third consecutive double-digit increase in sales year-on-year, indicating that consumer demand is healthy," said Gartner research vice president Carolina Milanesi, in a research note.

The high profile smartphone segment saw a record third quarter with 81 million units shipped, according to Gartner, up 96% on last year (see table 2), accounting for 19.3% of total mobile phone shipments.
Symbian still leads the way with 36.6% share of the smartphone operating system (OS) market, although this was down from 44.6% in the third quarter of 2009.
Android's ranking in the smartphone OS sector rocketed with 20.5 million devices shipped during the third quarter, giving Google's handset platform a 25.5% share of the market; that was enough to propel it to the number two spot ahead of Apple iOS, which saw its market share decline slightly to 16.7% from 17.1% a year ago.
As highlighted in November's edition of Total Telecom Plus, both Gartner and Informa Telecoms & Media predict that Android will overtake Symbian to become the leading smartphone operating system by market share some time in 2014.
"Smartphone OS providers have entered a period of accelerated platform evolution, stimulated by more regular product releases, new platform entrants and new device types," said Roberta Cozza, principal research analyst at Gartner.

"Any platform that fails to innovate quickly – either through a vibrant multi-player ecosystem or clear vision of a single controlling entity – will lose developers, manufacturers, potential partners and ultimately users," she warned.
Symbian has been widely-viewed as an OS that's currently struggling to keep pace. Indeed, a number of big handset makers have shelved plans to develop Symbian-powered phones, including Samsung, Motorola and Sony Ericsson.
The Symbian Foundation on Monday announced a major overhaul of its corporate structure that will see Nokia take over the development of the platform while the foundation focuses on licensing its intellectual property, including its trademark. This followed the unexpected departure last month of the Symbian Foundation's executive director Lee Williams, who has been replaced by Tim Holbrow, then the foundation's CFO.
Looking ahead, Gartner predicts that overall device shipments in 2010 will increase by 30% on year, fuelled by white-label manufacturers including Huawei and ZTE.
Lagt inn av w kl. 22:42 Ingen kommentarer: 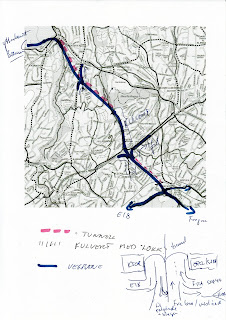